Fresh From The Lab – ‘An Empty Stomach May Open Your Purse’

Fresh From The Lab is a new article series describing the recent (and sometimes not so recent but very interesting) scientific studies from various behavioural disciplines and proposing possible commercial applications.

It is well known that shopping while hungry directs our attention to the consumption of food, satisfying the caloric needs underlying the motivation. However, not much is known about the role of the hunger on the acquisition of nonfood products.

A recent study published in PNAS: Psychological and Cognitive Sciences decided to tackle this subject. To achieve that three researchers from US and China developed the following five experiments.

Researchers wanted to find out if people actually associated hunger with acquisition. To test this they administered word identification task to 69 participants. It consisted of 22 words which were flashed for 50 ms each and followed by a series of # signs. 9 words were related to acquisition (e.g. want, obtain), 4 were associated with hunger (e.g. starve, appetite) and the rest were unrelated control words (e.g. floor, chair). After the word exposure the participants were asked to write down the words that they saw. Following this task they asked participants to report how hungry they were on a scale from 1 to 10.

We know now that hunger wakes up in our mind the neediness; but would we also need more products or experiences unrelated to food?

In this experiment researchers approached 79 participants either before they entered a café to have some lunch or when they were leaving. They have asked them to state how much they would like to acquire and how much they favour each of 10 products and experiences (5 food and 5 nonfood items) from the list presented to them.

What they have found was that the hunger or lack of it did not influence liking but had a significant positive effect on the `desire to acquire both food and nonfood items`. So people did not like any product or experience more when they were hungry but they wanted it more.

In this study the researchers asked 89 participants to inspect binder clips and decide how many they would like to receive at the end of the study. Next, they asked them to respond to 3 filler questions, state how much they liked the binder clips and report how hungry they were.

This time 63 participants were instructed to deprive themselves of food for at least 4 hours before the experiment. They were told that the study in which they will participate is to include a blind taste test. Little did they know that it was the least important part of this experiment.

The restraining from food was needed to manipulate the hunger level. When participant arrived in the laboratory they were randomly divided into two groups: the hungry and the non-hungry.

The non-hungry ones were given a loaf cake to taste test as soon as they arrived (they were encouraged to eat the full slice); following which they had to complete an unrelated task to make sure they won´t figure out what is the aim of the experiment. After that they were asked to complete the same tasks as the participants in the experiment 3.

The hungry group had to wait with taste testing the cake until they perform all the tasks.

As in a previous experiment the hunger did not influence the liking of the binder clips but did however increased the number of clips requested by 70%. So basically, the participants chosen to acquire 70% more products when hungry than when not hungry.

It is all great in the laboratory but does that really happen in a real shopping situation? To answer that question the researchers recruited 81 consumers who had just finished their shopping in a large department store which mostly sold nonfood items like clothes, shoes and electronic products. The participants allowed the researchers to scan their shopping receipts as well as have been asked to report their mood, level of hunger and the time spent in the shop.

This experiment proved once more that hungry individuals purchase more products unrelated to food than the non-hungry ones. But what´s more they also spend significantly more money, about 64% more. These effects were unrelated to the mood and the shopping time.

From the lab to the real world

Having in mind that we live in a society where more and more people skip their main meals, this study is a substantial step forward for the retail world. Using this knowledge, sales can be improved by making, for example, special offers before and during lunch and dinner time.

Because an increasing number of consumers use mobile devices as part of their consumer journey and that use is especially high during the morning and evening commute when people are usually hungry, that creates an added opportunity for the retailers.

The implication for the retail store design however is to try, whenever possible, to place the F&B offering at the end of the customer journey.

If you’d like to know more about how you can apply this and other scientific findings in your business or would like to run a similar study as part of your marketing/PR campaign or R&D programme, we will be happy to help you.

This article has been written by Kate Nightingale, a consumer psychologist and Ana Costa, a new addition to Style Psychology Team. 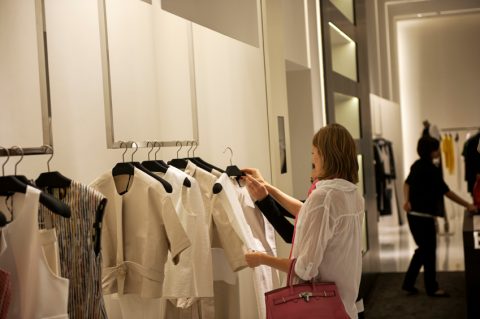 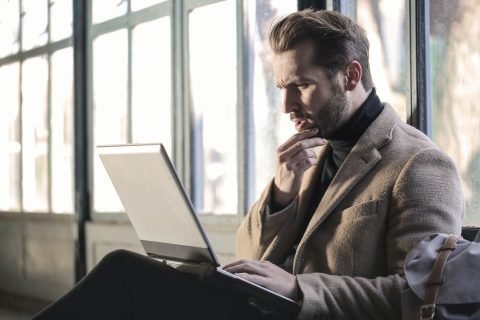 Why would you hire a consumer psychologist to work on your brand and customer experience?